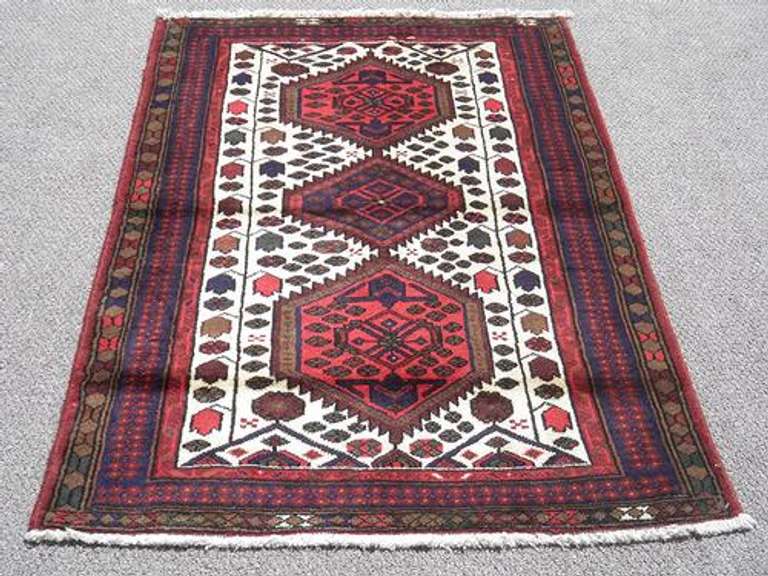 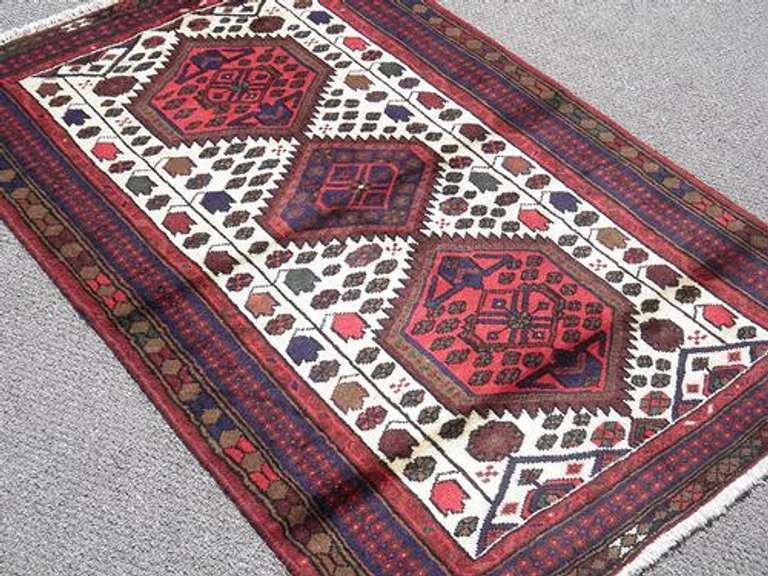 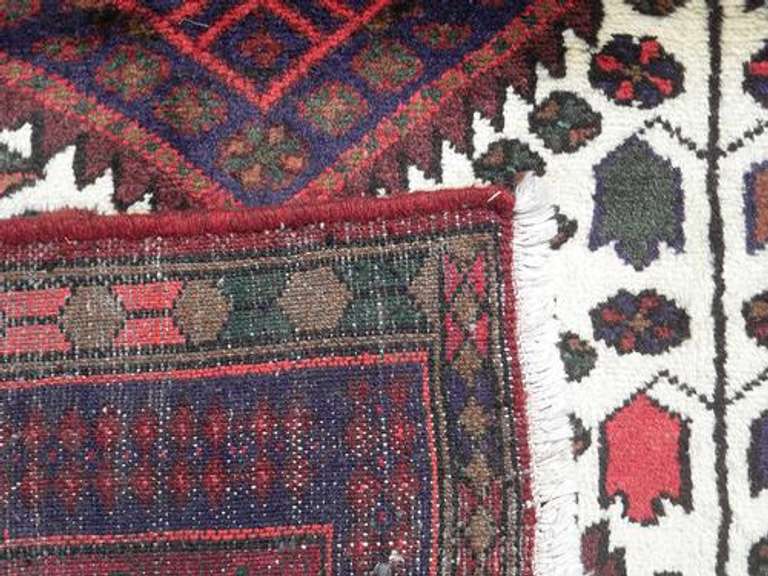 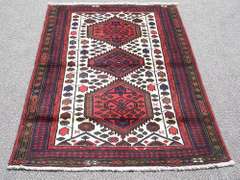 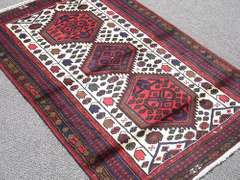 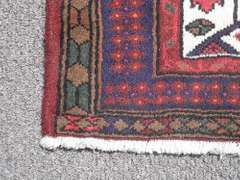 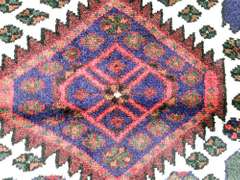 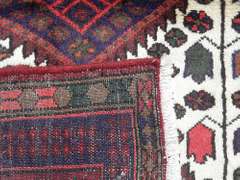 Beautiful Fine Quality Hand Woven Persian Hamadan. Size 5.0 X 3.3 feet, made of fine quality baby lamb's wool pile on cotton foundation, all natural vegetable dye, incorporating a series of central medallion on a white background contrasting with darker toned multilayered borders. Great contrast in the variety of colors. Hand woven in Hamadan, Iran. About Hamadan rugs: Hamadan is the capital of an eponymous province, and it's one of the oldest cities in Persia. It's also one of Persia's most productive and diverse weaving centers. Over the years, many refugees, minorities and ethnic groups have inhabited the area. Like other cities in the western part of Persia, Hamadan produced fine, coarse carpets that are made with the symmetric Ghiordes or Turkish knot. Due to the sheer number of villages in the province of Hamadan and the area's ethnic diversity, many unique designs are featured in these regional rugs. Traditionally, Hamadan has been a center for commercial carpet production. The fragmented ethnic groups that have historically lived in Hamadan include Kurds, Azeri Turks and Islamic people. Antique Hamadan rugs traditionally favor angular designs although large-scale arabesques and curvilinear motifs are also found. They are closely related to rugs produced in the neighboring areas of Bibakabad, Shiraz, Lilian and Dozens of cities that produce local styles.

We recently upgraded our software so you may notice some changes in the user interface. Please contact customer support with any questions!

Due to concerns regarding COVID-19, many of our facilities will be operating with limited staff. This may impact services such as shipping, customer service, etc.. We will be doing our best to ensure that everyone is taken care of in a timely manner and we thank you for your patience. We appreciate your business during these trying times.